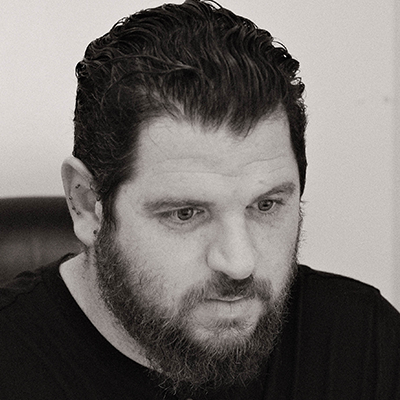 Chris is one of several veterans in our office; he served in the Air Force for nearly 12 years, working on F-16s as crew staff, then working his way to Development and Instructor Section Chief, and eventually as a Flight Chief where he managed 74 airmen. Chris finally retired as an E-7 Master Sergeant.

While serving in the Air Force, Chris got his Bachelors and Masters in Unmanned Systems at Embry-Riddle Aeronautical University, where he focused on autonomous technology, including plans for autonomous aircraft, trucks, and submarines. In his spare time, Chris works on plans of autonomous systems that better the environment and society.

Chris came to Vita after he retired from the Air Force because he wanted to get into aerospace... and he was fascinated by our technology. He wanted to be a part of our mission and support bridging a need in the #MEDEVAC and #SAR communities to save lives. He appreciates the company's connectivity; he says our fearless leaders, Caleb Carr and Derek Sikora, “will actually sit down and take the time to listen to anyone -- from an intern to a senior vice president, everyone is considered and taken seriously.”No rest days; his ability to shine is in the office and at home. Chris enjoys cooking for his wife and 3 daughters -- whether it’s his infamous Italian dishes or his mad smoking skills.