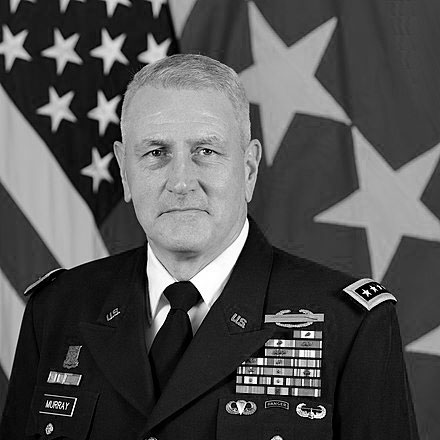 Former Commanding General of the AFC

General Murray was commissioned as an Infantry officer in the U.S. Army upon graduation from the Ohio State University in 1982. Throughout his career, he has served in leadership positions and commanded from Company through Division, with various staff assignments at the highest levels of the Army. General Murray hails from Kenton, Ohio. He and his wife, Jane, have three lovely daughters and seven grandchildren.